In accordance with the law of the Republic of Uzbekistan, the Ministry of Energy is responsible for implementing modern energy-efficient technologies in government entities and monitoring the results.

To implement these efficiencies, the Ministry uses:

The main tasks and functions of Uzneftegazinspektsiya are:

Uzneftegazinspeksiya’s activity follows the Resolution of the President of the Republic of Uzbekistan on 26 May 2017.

The Resolution (No. PP-3012) is titled “On the Programme of Measures for the Further Development of Renewable Energy, Energy Efficiency Improvement in the Economic and Social sectors for 2017-2021.”

Uzneftegazinspeksiya has overseen the transfer of domestic cement plants and brick factories to the ‘dry’ method of production. It also organizes workshops for the production of slaked lime, greenhouses ­and the use of alternative fuels, such as coal.

During 2018 and 2019, regular communications were undertaken with the media about the advantages of alternative fuels. In this period, 25 workshops were held involving 1,200 companies. Other media activities included:

A study was also conducted on compliance with criteria for energy saving at companies producing baked bricks, lime, cement and in greenhouses.

This study was in accordance with a Decree of the President of the Republic of Uzbekistan (No. UP-4335) from 23 May 2019.

The study led to more alternative fuels (coal) being used at manufacturing enterprises
that did not meet criteria for energy saving. The savings totalled more than 5 billion cubic meters of natural gas per year.

Uzenergoinspeksiya develops basic sectors of the economy, improving their energy efficiency through the use of electricity, heat and coal.

By the end of 2019, it is planned to replace 1,200 units of obsolete electrical equipment and achieve savings of 647 million kW/h.

This activity is in line with:

This activity is line with laws for the ‘Rational Use of Energy’ and Rules (No. 164) for conducting energy surveys approved by the Cabinet of Ministers in the first half of 2019.

Uzenergoinspeksiya also studies global trends in reducing energy intensity and seeks areas for the use of renewable energy sources in Uzbekistan.

In the first half of 2019, Uzenergoinspeksiya held:

It also distributed collateral (including posters) on energy efficiency and saving resources. Five videos were broadcast, eight TV and radio broadcasts were made, and 17 announcements were published in mass media/on social media. 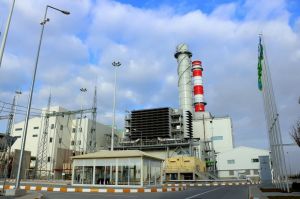