500 MW facility will power 500,000 homes and drive over US$600 million of Foreign Direct Investment

Tashkent - 31 August 2022: The Ministry of Energy of Uzbekistan announces it has reached financial close on a 500 MW wind farm close to the city of Zarafshan in the country’s Navoiy region.

An opening ceremony was held in Tashkent on [x] August, attended by (insert attendees).

Commercial operations are expected to commence by the end of 2024, and the government of Uzbekistan expects over US$600 million in Foreign Direct Investment to flow into the country regarding the project.

Masdar is a trusted partner of Uzbekistan and is currently contracted to develop an additional 890 MW of photovoltaic (“PV”) capacity at sites in the Samarkand, Jizzakh and Sherabad regions over the coming years.

“Today we are celebrating reaching a significant milestone in this landmark project, one that takes Uzbekistan a step closer to achieving its ambitious renewable energy goals. Uzbekistan is a key strategic investment destination for Masdar, and we look forward to continuing to develop and grow our strong portfolio of projects in the nation.”

Following last year’s launch of the 100 MW Nur Navoiy PV power plant - Uzbekistan’s first independent solar power producer - the Zarafshan wind farm is the second utility-scale renewables project developed by Masdar in Uzbekistan. Power Purchase Agreements for the plant’s output have been in place with the Ministry of Investments and Foreign Trade and JSC National Electric Grid of Uzbekistan since June 2020.

Uzbekistan’s long-term strategy to diversify its energy mix targets 8 GW of solar and wind power by 2026 and 12 GW of renewable sources by 2030.

Uzbekistan’s energy sector is rapidly growing in its diversity, forward-looking development, and its attraction to investors – all driven by substantial market liberalization since President Mirziyoyev’s tenure began in 2016.

Demand for electricity in Uzbekistan is expected to increase from the current 74 billion kWh to 110 billion kWh by 2030, necessitating ambitious investment and sector development.

Natural gas production in Uzbekistan is expected to increase to 66.1 billion m3. With consumption estimated at 56.5 billion m3, there is considerable scope for petrochemical and other industrial uses.

Uzbekistan is progressive and ambitious on green energy policy. The country has pledged to reach a 30% renewables share in electricity production by 2030, and net-zero carbon emissions by 2050. To achieve these goals, development of 5.5 GW solar and wind capacity is currently underway. 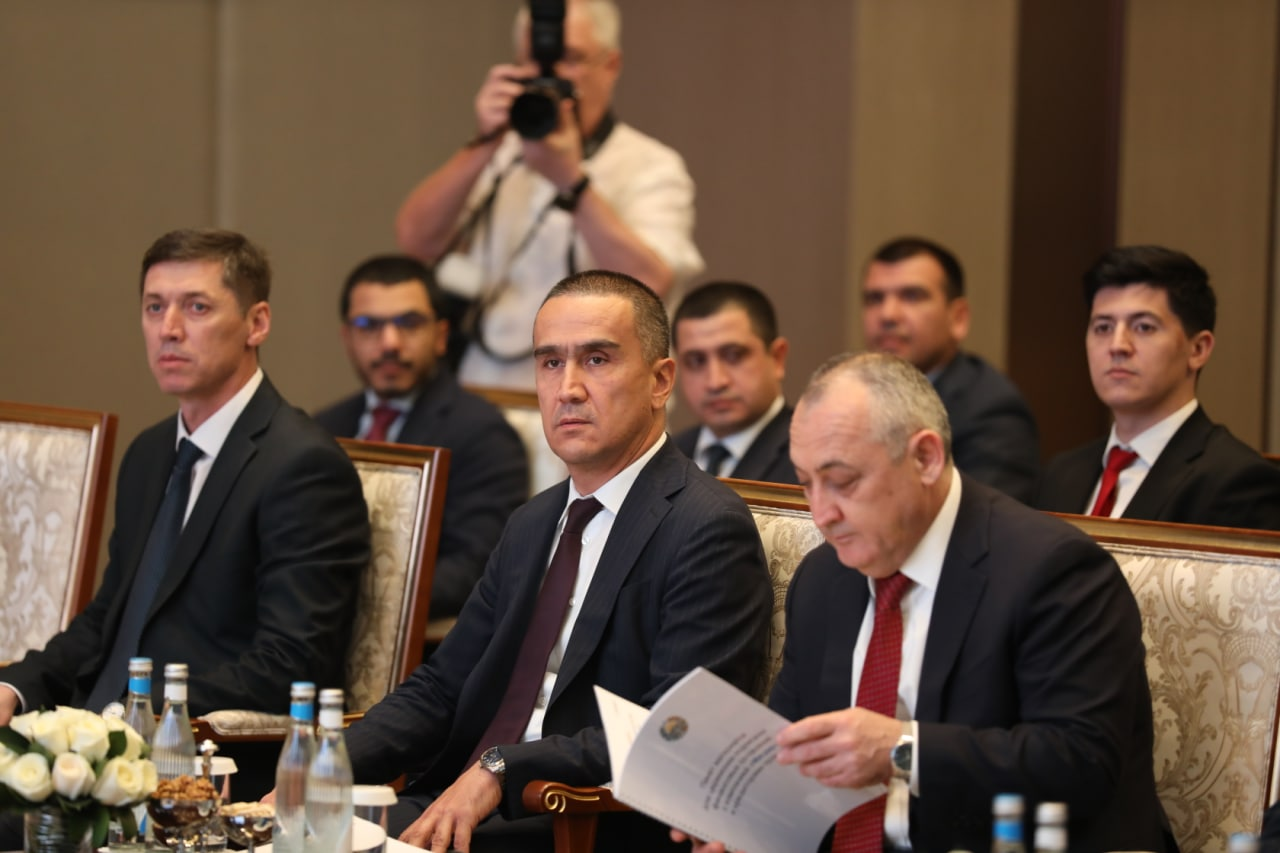 Uzbekistan has been privileged to partner with several renowned international development institutions to realize its energy strategy across fossil and renewable resources. Investment programs and tenders have been conducted with the help of the European Bank of Development and Reconstruction, the Asian Development Bank, and the World Bank. 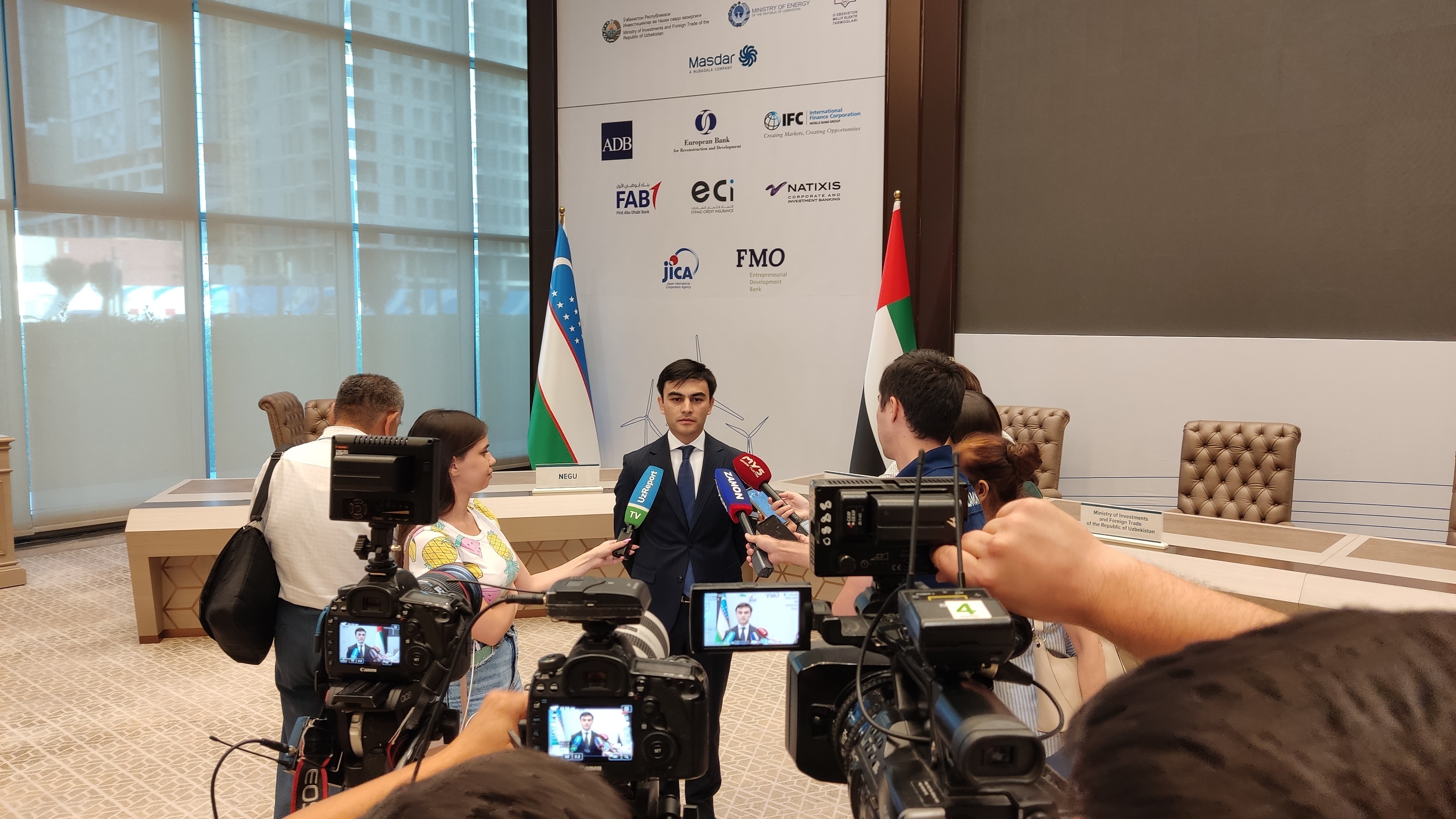 Wholly owned by Mubadala Investment Company, the strategic investment company of the Government of Abu Dhabi, our mandate is to help maintain the UAE’s leadership in the global energy sector, while supporting the diversification of both its economy and energy sources for the benefit of future generations.

Masdar is active in around 40 countries, including the UAE, Jordan, Saudi Arabia, Mauritania, Egypt, Morocco, the UK, the US, Australia, Serbia, India, Indonesia, Uzbekistan, and many more.