IAEA ON THE RESULTS OF 2019: NEW CONNECTIONS, ONGOING CONSTRUCTION AND DECOMMISSIONING 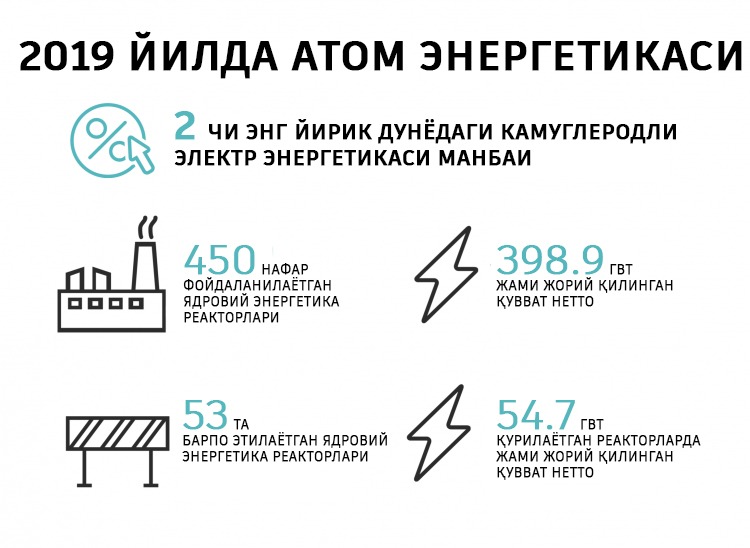 The International Atomic Energy Agency (IAEA) has reported its latest data on the nuclear industry. Its statistics include global installed energy capacity and the nuclear sector’s contribution to the global energy mix.

Thirty countries have produced nuclear energy, and 28 have considered, planned or actively worked to incorporate it into their energy structure. Four of these countries (Bangladesh, Belarus, Turkey and the United Arab Emirates) are building their first nuclear power plants, with plants in Belarus and the UAE nearly approaching the final stage.

The IAEA's forecasts for future global nuclear power capacity are affected by whether significant new capacity can compensate for decommissioned reactors.

Nuclear’s contribution to total global electricity capacity in the world is forecast to be between 3%-5% by 2050, compared to 5.5% today.